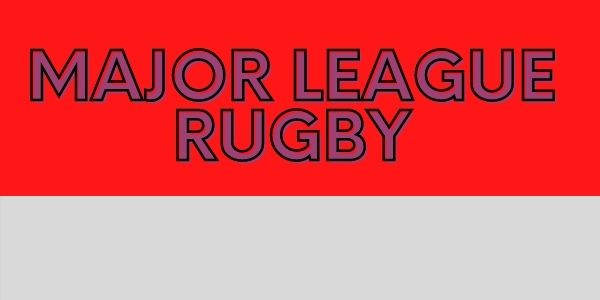 There is a wide variety of franchise owners in Major League Rugby. Many have strong rugby backgrounds, and some played or coached with the U.S. Eagles. There is also overseas representation in the ownership groups of some MLR clubs.

I’ve put together some tables and quick facts that give a good overview of the MLR owners.

Here is a summary of the majority and minority owners of MLR franchises.

Only two clubs have a single owner, and it’s the same guy. Adam Gilchrist, an Australian entrepreneur, owns the Austin Gilgronis and owns the LA Giltinis.

Several franchises have two principal owners. With other clubs, the majority owner funded the initial licensing fees and brought in more investors.

Adam Gilchrist is an Australian entrepreneur who has majority ownership of an international gym franchise. Movie star Mark Wahlberg is one of the minority owners.

Gilchrist founded a sports investment company, Loyals Rugby, which is the vehicle that owns Austin Gilgronis and LA Giltinis. The linked articles delve further into Gilchrist’s background and the unusual team names.

Eagle-eyed readers may have noticed that my table shows Springbok Bob Skinstad as “UK”. This is because Skinstad’s minority ownership of San Diego Legion is through his investment group, which is based out of London.

Clermont Auvergne, one of the giant French professional clubs, has minority ownership in NOLA Gold. The historic French influence on New Orleans seems a natural fit, and the European club has already started establishing links beyond financial contributions.

The Scottish Rugby Football Union purchased a minority stake in Old Glory DC. I speculate in the linked article about what this may mean for the Washington franchise.

Seattle Seawolves have looked to New Zealand for equity and influence. Both Canterbury Union and the Crusaders RFC have purchased equity in the Seawolves. The linked article discusses how much they own (it may be less than you think).

Six MLR franchises have a majority or minority owner with a background as player or coach (or both) with the U.S. Eagles.

Kimball Kjar, majority owner of the Utah Warriors, was an All-American Collegiate Player in 2001. His performances resulted in a first cap against Argentina that year. Kjar was capped 21 times for the Eagles.

Paul Sheehy is one of the two principal owners of Old Glory DC. The fullback went to the 1991 Rugby World Cup with the Eagles and started two matches.

Matt Hawkins is a co-founder and minority owner of San Diego Legion. Hawkins grew up playing schoolboy rugby in South Africa before moving to the U.S. and gaining citizenship. He didn’t just play for the Eagles, he also coached the national team.

Alex Magleby, co-owner of the New England Free Jacks, is another MLR investor who both played and coached at national level. Magleby played for the U.S. Sevens team over five years and got four caps for the fifteens side. Magleby went on to coach the sevens squad.

Scott Lawrence, minority owner of Rugby ATL, played with Todd Clever and Paul Emerick in the 2006 Churchill Cup. He went on to coach the Eagles U20s side for a five-year stint. He joined the senior coaching team as defense coach for another five years.

Major League Rugby kicked off in 2018 with seven teams in the first season. MLR added more franchises in successive years. This table shows the inaugural seasons of each club.

* The team from Austin, Texas was named Austin Elite. It would be purchased and renamed as Austin Gilgronis.

** Glendale Raptors would subsequently withdraw from the league.