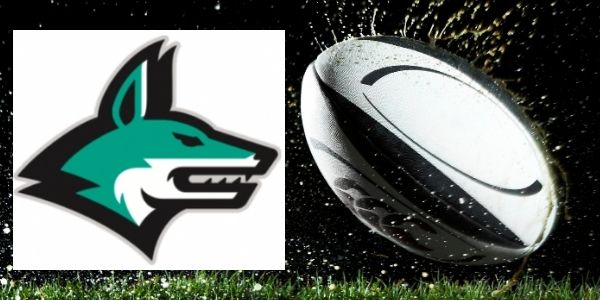 The Dallas Jackals ownership group announced in June 2020 that they would join the second season of Major League Rugby. They’ve had a rocky start by delaying their entry by an extra year.

The good news is that there is a strong ownership group behind the franchise. This article looks at the main people.

The Dallas Jackals are owned by an investment group led by Donnie Nelson and Neil Leibman. Nelson is the President of NBA team Dallas Mavericks, while Leibman is co-owner of MLB team Texas Rangers. Phill Camm, the founder of the Dallas Griffins rugby club, is a key member of the management team.

Nelson and Leibman both have a successful history with big sports franchises in basketball and baseball, respectively. As rugby is a niche sport in the USA, I think it’s almost more important that the two men have a long involvement in the minor leagues of their sports. I’ll get into that in later sections.

The announcement of Phill Camm’s involvement raised a few eyebrows amongst local rugby supporters. I’ve already mentioned the ill-fated Dallas Griffins, which was owned by Camm. It’s fair to say that the Englishman will be battle-hardened from his first attempt to get a pro team into the MLR. Sometimes it’s the second run that can lead to success.

The Nelson family has a long involvement with the Dallas Mavericks, an NBA team. Don Nelson Sr was a legendary hall-of-fame coach, with the most wins in NBA history. His son Donnie joined him at Dallas Mavericks in 2008 as an assistant manager.

Donnie’s famed skills are with talent-spotting and recruitment. The Mavericks had gone through some less successful seasons. Donnie but the franchise through a rebuilding phase. He brought together a group of players to win the 2011 NBA Championship.

Rugby fans may shrug their shoulders. The massive money and spotlight on NBA teams is a far distance from grafting to get 5,000 people through the gates for a rugby match in Texas. Does this guy understand what it’s like at the less shiny end of sport?

Well, Donnie Nelson is the co-owner of the Texas Legends, who play minor league basketball. They’ve been on the go since 2010.

I found it interesting to learn that the Legends were the first male professional basketball team to be coached by a woman. That trailblazer was Nancy Lieberman. As it happens, the highly respected Elaine Vassie was appointed as one of the Jackals rugby coaches.

Anyone For A Game Of Futsal?

If rugby is a niche sport, then surely futsal is even nichier (is that a word?). I wasn’t sure what it was when I read that Donnie Nelson is a co-owner of the Professional Futsal League. I thought it might be hacky-sack (or footbag)…but it’s not.

Futsal is a variant of soccer that’s played on a hard court with five players per team. The ball is smaller, harder, and has less bounce than a soccer ball.

Nelson founded the new professional league in 2016. Unfortunately, this doesn’t seem to have got off the ground at all. The latest news from the website is from 2019.

Neil Leibman is a co-owner of the Texas Rangers, an MLB team based in the DFW metroplex in Arlington. Leibman and the ownership group bought the team back in 2010.

He also owns several Minor League Baseball teams. The Frisco RoughRiders is an affiliate of the Texas Rangers, with Scott Sonju as its long-standing president. Leibman and Nelson installed Sonju as president of the Dallas Jackals.

The Texas Rangers’ home grounds were at Globe Life Park up until 2019, until they moved across the road to the Global Life Field. I think Leibman retains an ownership stake in the former stadium. So, it was no surprise that the home ground for Dallas Jackals was announced as Globe Life Park.

And what about niche sports? Well, women’s hockey is an international and Olympic sport but it’s a niche sport in the United States. Leibman is a co-owner of the National Women’s Hockey League.

Back in 2019, the top female hockey players were on $15,000. That’s the level of the less experienced rugby players in the MLR.

The franchise issued a press release in 2020 about a managerial appointment:

The Dallas Jackals are pleased to announce Phil Camm as General Manager and​ Co-Founder.

The emphasis on “co-founder” is mine. I’ll assume that Camm is part of the Dallas Jackals ownership group, which is why I include him in this article.

Camm is from Oldham in England, where he played and coached with the amateur Oldham Rugby Club. He moved to Texas in 2003 and played with Denton Ruby Club where he would later become the head coach.

Phil Camm had a strong vision for professional rugby in Texas. He co-founded the Dallas Griffins in 2008 as part of this vision. He moved the club into semi-professional status and was poised to join the ranks of the fully professional clubs with Major League Rugby.

There’s a separate article to be written about what happened with the Dallas Griffins. Suffice it to say here that the club experienced financial challenges as it tried to expand its ambitions. Coaches and players had to move on, and there was some bad feeling left behind.

But this time there’s a lot of business and financial clout amongst the Dallas Jackals ownership. I’d be worried if they didn’t have a co-owner who was steeped in a rugby background. Camm brings that rugby knowledge to the table.

Getting Off To A Good Start

The Griffins weren’t the only Texas club to experience major teething problems. The Austin franchise hit various hurdles and went through several name changes. It was finally announced as the Austin Gilgronis, to the bemusement (and disapproval) of many.

Their odd moniker is a combination of the name of the franchise owner and an alcoholic drink. You can read more in our article on who owns the Gilgronis.

When the new Texas franchise was announced as the “Dallas Jackals”, there was relief all around. Perhaps some disappointed local fans would have liked to follow a team named after a cocktail. But they were few and far between.

The Dallas Griffins weren’t the only DFW team that was tipped for professionalism in the run-up to the launch of the MLR. There was speculation about the Dallas Reds, a large club with teams in every national division. However, there’s no sign now that this is the intent of the the Dallas RFC.

But the Dallas Jackals have given a pathway into the professional game to talented Reds players. They appointed the club as an official affiliate.

The Jackals also gave an affiliation to the Dallas Harlequins, the other big local club.

Not So Good A Start

In the run-up to the second MLR season, the Jackals had gone through the expected set-up for a club about to start to compete. The player roster was in place. They had kit reveals on the website, announced some schedules, and started taking ticket deposits.

But the ownershp group announced on the 20th of January 2021 that they were delaying their first season for a year. This was just two months before the season was due to kick off.

The official line is that “you only get one chance to make a first impression”. In the very difficult circumstances of a global pandemic, I accept that it’s hard for a new franchise to make a big splash in a big city.

I’ll be watching their progress with interest. I really hope we see the Jackals enter the MLR in 2022 with a flourish of fireworks.